Gender Equality – when will it be enough?

Posted on February 8, 2018 by equalityedge 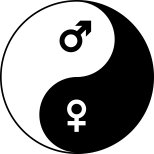 gender issues be the mainstay of the daily news – until real parity between women and men is achieved. The power imbalance between the sexes must be equalised at work, in the media, in entertainment, in government, in sport and in the home. Will this happen in the near future – probably not, so get used to the fact that the reporting of it will continue – and so it should.

After the 2016 fiascos that led to Brexit and Trump, I have found it difficult to write, so my blog pages have remained in a dormant state. These events and other global upheavals have been compounded by the accusations against those in the entertainment industry, yet still I did not write. At the time I thought about Harvey Weinstein’s claim that “I have never had non-consensual sex with anyone” whilst others said “he raped me”. How can two people see an event so differently – only as a result of a massive power differential?

The BBC has also come under fire recently for the gender pay gap it created and allowed, though as a result of a transparent response, it seems to be dealing with this issue, but still with a long way to go.

This morning there is another report stating that over 250 members of staff of the UK’s Parliament buildings have experienced sexual harassment in the past year – perhaps not all women, but I hazard a guess that most are.

I used to be stimulated by such stories from the daily news, but in the past year these reports seem to have stifled, rather than encourage writing – but not today. As a man and an equality practitioner, I recognise that it is time to do something about it – beyond writing.

During the past month I have been working with a close colleague, Chris Markiewicz (also a man) to develop a new programme called “men@work”. This project has been devised to help men to understand issues related to attitudes and behaviours that negatively impact on the imbalance between the sexes in the workplace.

How does men@work do this, you are probably asking? The programme is designed to create a safe space for men to explore and recognise aspects of their personality and actions that might be seen as oppressive or challenging to women, particularly those they share working space with. Likely to have derived from their upbringing, education and early years socialisation, they can address their attitudes and unconscious biases that impact on who they are and how they behave, all in a supported and understanding environment.

It is time to cut through the complexities of what is acceptable and what is not. Traditional testosterone fuelled behaviours are unsuitable for the modern workplace and are likely to stifle an organisation’s potential. Men can, all too often, be confused about what is or is not “appropriate” and are increasingly being accused of bullying or harassment as a result of their practices. Furthermore, given recent events regarding gender issues, men may be feeling increasingly uneasy at work and many need help.

men@work is delivered to staff groups in organisations that want to help their male employees realign themselves for a 21st Century working environment. It is also offered as a coaching intervention for men who have had accusation of bullying or harassment levelled against them. The result of the men@work intervention is greater wellbeing at work for all employees with more cohesive and productive staff teams.

The objectives of the programme are to:-

I’d be pleased to hear what you think about this programme and will be even more delighted if you contact me to hear more about it.

I run Equality Edge and its unique and creative "Working with Difference" project. It supports employers and managers in gaining a competitive and cost saving advantage from meeting equality and diversity best practice obligations. Coaching and workshops are used to deliver organisational, team and leadership development, assisting in improving communication and the understanding of the impact difference has on workplace behaviour.
View all posts by equalityedge →
This entry was posted in gender equality, glass ceiling, inequality, Sexism, Uncategorized, workplace bullying and tagged diversity, equality, equality training, Gender equality, pay gap, Unconscious Bias, workplace bullying. Bookmark the permalink.

1 Response to Gender Equality – when will it be enough?